I suggest you skip the synopsis and go into this story completely blind.
What this book is about:
It’s Thursday night, a family dinner night for the Dessen household. Jason loves Thursday nights, loves cooking and spending time with his wife Daniela and son Charlie. As he talks to Daniela, he remembers that a college friend of his, Ryan, is celebrating his recent Pavia award for his achievements in the field of Physics. After some persuasion from his wife, Jason decides to go to his favourite bar to congratulate Ryan with a short drink. After Jason and Ryan get into a “what if” conversation about how Jason could easily have been the Pavia holder had he not chosen to get married and be a father, Jason leaves the bar thinking about the road not taken. On his way home, he is abducted by a man wearing a Geisha mask. This man seems to know everything about Jason and his life, but who would want to hurt him? The Geisha man drugs Jason and leaves. When Jason comes to, he is strapped in a gurney and being welcomed by people he has never seen before in his life. When Jason comes to, he doesn’t have a son named Charlie or a wife named Daniela and something is very, very wrong.

This must be one of the toughest synopses I have ever tried to compose. I urge you not to read the synopsis on the book and to really try to avoid looking at any synopses, even mine, if you can. This is a brilliant science fiction, psychological thriller that blew my mind. It’s read from a first person perspective following Jason Dessen, a 43-year-old Physics professor at a Chicago University. Jason’s story is also quite philosophical, dealing with such questions as “Are you happy with your life?”, “What would happen if you had followed the road not taken?” and “What are you willing to do to be happy?” This is my first 5 star review of 2016.

No one tells you it’s all about to change, to be taken away. There’s no proximity alert, no indication that you’re standing on the precipice. And maybe that’s what makes tragedy so tragic. Not just what happens, but how it happens: a sucker punch that comes at you out of nowhere, when you’re least expecting it. No time to flinch or brace.

While putting my thoughts down into words about this book there is one thing I’m sure about: I will not be able to capture the immensity and brilliance of this novel in a way that does it justice. But I can at least try. I have never read anything by Blake Crouch before so I was a newbie on his writing style. I also went into this book completely blind. It has happened numerous times that I read a book in the thriller genre that doesn’t…really thrill me. Blake Crouch pulls you immediately into his novel almost as if he physically reaches out with his hands, grabs you by the arms and forces you to follow him into the white pages. His writing style is dynamic and perfectly accompanies the overall thrilling atmosphere and fast-paced plot. It’s been a long time since I’ve felt so focused and interested in a book I’m reading. This book, Dark Matter, is the definition of a psychological thriller.

It’s a strange thing, being the parent of a teenager. One thing to raise a little boy, another entirely when a person on the brink of adulthood looks to you for wisdom. I feel like I have little to give. I know there are fathers who see the world a certain way, with clarity and confidence, who know just what to say to their sons and daughters. But I’m not one of them. The older I get, the less I understand. I love my son. He means everything to me. And yet, I can;t escape the feeling that I’m failing him. Sending him off to the wolves with nothing but the crumbs of my uncertain perspective.

How amazing is it, to go into a book where for about 150 pages you have no fucking idea what the hell is going on! And I don’t mean in the sense of, I don’t understand anything about the story or that it’s too complicated and overwhelming. What Blake Crouch has done here is this: He had this crazy, wonderful idea and decided to play a game with us, the readers. He said, “I’m gonna give you some clues here and there that are not directly connected to each other, and you can start making your own hypotheses about my story as we go along together!” This is just book heaven! I’m all for crazy hypotheses and not knowing what anything means and not being able to make specific assumptions. We are following an intelligent, bright scientist, Jason, who could potentially be an unreliable narrator…or not. At the same time you go into a philosophical discussion with the author. Think about all the defining choices you’ve made in your life. Are you happy with where you are? And how easily can all the good things in your life be swiped away from you..

I lift my arm, raise my thumb.
I don’t look back.
I don’t say goodbye.
And this moment slips past unnoticed.
The end of everything I know, everything I love.

So you move fast, following Crouch’s playful imagination until you inevitably lose the game and have the answers given at about 150 in the story. Here you might think (I definitely thought so) “Well, now we know what’s going on so the story will now not be as exciting as it was before”. Oh, but how wrong you would be. This is where Blake Crouch puts his hands out of the pages that you are cradling, and shoves a live grenade into your ear. This is where Blake Crouch successfully and undeniably blows your mind. This is a science fiction story based on actual science that most of us visited during our high school years. It is horrifying, it is excellent, it is more than I hoped it would be.

It’s the beautiful thing about youth.
There’s a weightlessness that permeates everything because no damning choices have been made, no paths committed to, and the road forking out ahead is pure, unlimited potential.

Finally, let’s visit our main character for a second and take a closer look at him. What is a very clever attribute that the author gave to Jason is his smarts, his intelligence. While we, the reader and Jason, are lost, going through something unimaginable and completely, utterly insane, we, the readers, know that we are in good hands. Because Jason can rationalise. That’s what he does. He finds a problem, breaks it down and starts working on its solution. That’s how the author managed to avoid this book becoming too overwhelming and too complicated to read.

I turn the deadbolt.
The door swings inward.
Something is wrong.
Very, very wrong.

So, what do you think? Are you going to give this book a shot? I would obviously recommend this book to anyone, hence the 5 stars. It’s brilliant, unthinkable, crazy, horrifying, devastating and thrilling. Such a fun story, such a wonderful time reading it. I realise that this was more of a me-raving-about-the-book situation than me-reviewing-the book situation but in my opinion it deserves to be raved about. 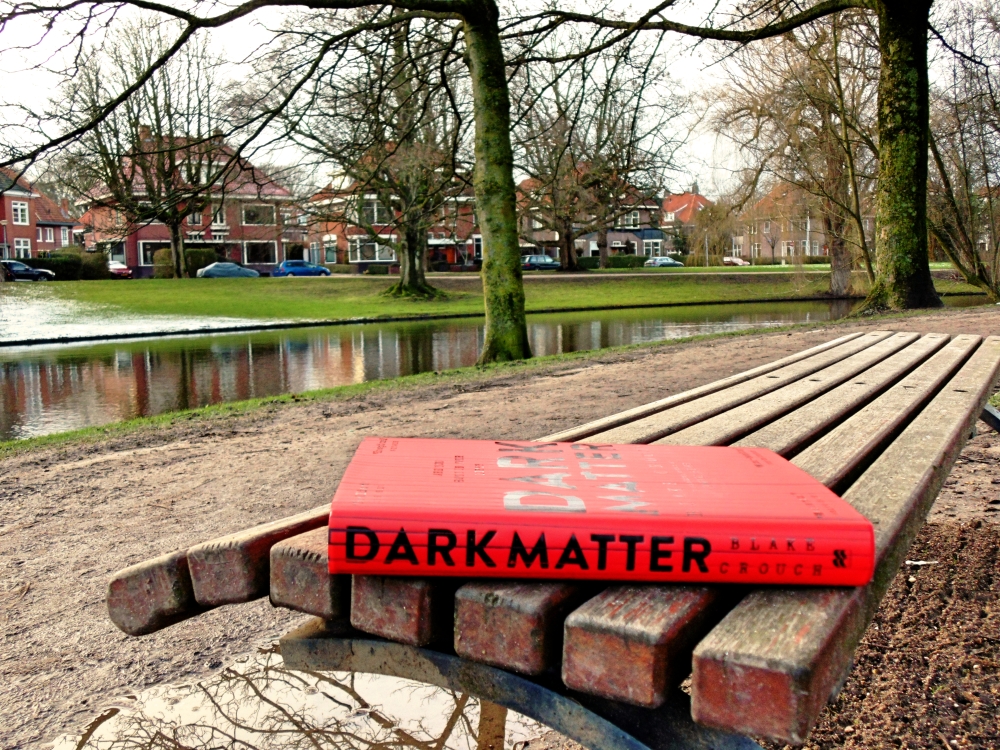