The North Water by Ian McGuire

What this book is about:
A harpooner savage named Hendry Drax and an Irish ex-army doctor, Patrick Sumner, find themselves aboard the Volunteer, a whaler setting off to the Arctic Circle. Sumner, an opiod addict seeks to reinvent himself and make a fresh beginning. When things start going wrong aboard the ship, Sumner finds himself looking for answers in search of the killer who mutilated and brutally murdered a boy from the crew. As events unfold, the men need to use their wits and strength to battle against the elements of nature when the worst case scenario becomes reality. Behold the men: freezing, hungry, at nature’s mercy. 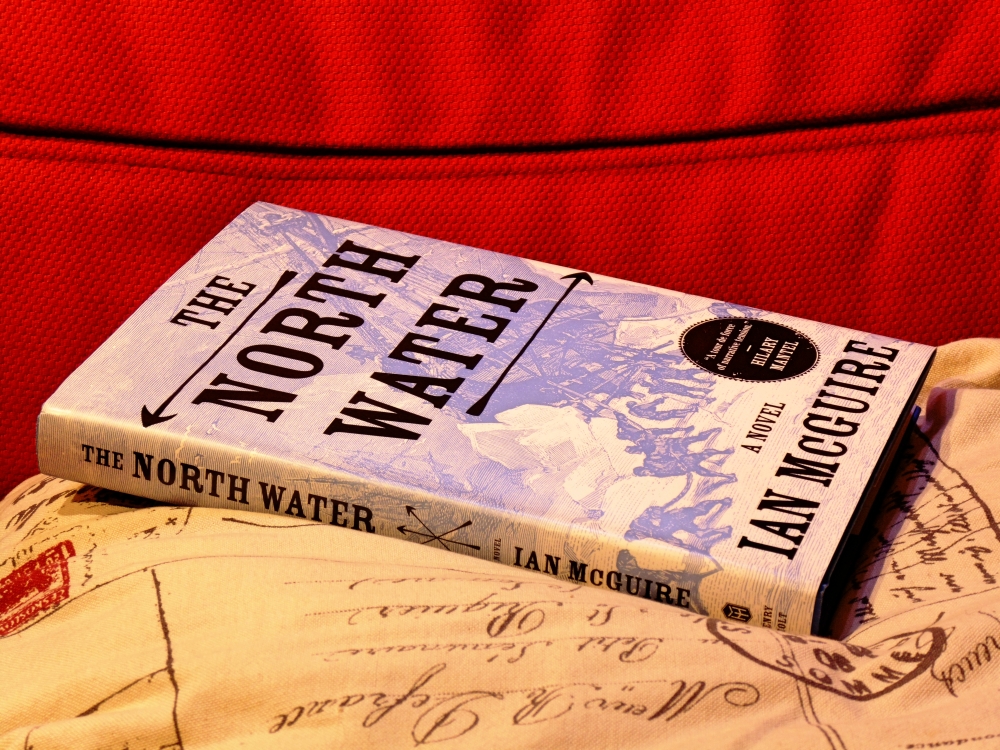 The North Water is one of the novels longlisted for this year’s Man Booker Prize and nominated for the Goodreads Choice Awards of the same year in the category of Historical Fiction. Ian McGuire’s new novel is a short account of a whaling voyage to the Arctic gone wrong. We follow the protagonist, Patrick Sumner joining the crew as the surgeon of the Volunteer, Henry Drax and other crew members looking through a third person perspective. The captain of the whaler has hidden motives that sets everyone in grave danger but before his scheme unfurls, a murder brings turmoil and panic among the harpooners. Sounds like an interesting story, right?

Behold the man.
He shuffles out of Clappison’s courtyard onto Sykes Street and sniffs the complex air – turpentine, fishmeal, mustard, black lead, the usual grave, morning-piss stink of just-emptied night jars. He snorts once, rubs his bristled head, and readjusts his crotch. He sniffs his fingers, then slowly sucks each one in turn, drawing off the last remnants, getting his final money’s worth. 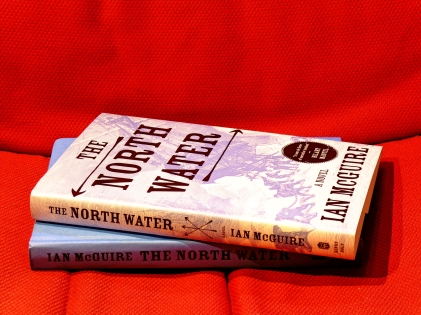 This quote right here is one of the two positive things you are going to read in this review. I was foolishly led to believe I was about to read a Man Book nominee wonder. Before we board along Sumner, Drax and co, and shortly after we join the crew the novel manages to keep up with this mirage. This is something that has been happening to me a lot lately. Brilliant sounding books, promising start, a plateau middle and a disappointing dragging marathon to finish the second half. It’s like when I was a child and my aunt was giving me these big chocolate sweets. I was so excited to eat this huge, scrumptious looking chocolate piece and then I would bite on it…and it was filled with liquor. Oh man, how I hate these chocolate sweets! That’s how I felt about this book, too. So excited, so full of hope and then I would bite on it and get a mouthful of liquor filled with the taste of disappointment.

It is always a positive experience for me when a book makes me feel things, creates emotions – whatever these emotions might be. In this case, I have to give it to Ian McGuire. He disgusted me through his writing. There are passages in this novel that are so filthy and nasty and really give you the optical image of manhood at its finest. These harpooners were savages and, referring to some of Freud’s musings, Ian McGuire shows strong signs of anal fixation. The book is full of farts, shit and diarrhoea and I’m not even kidding. It is gory, it is repulsive and just nauseating. I appreciate that the author successfully creates such strong revulsion in my brain. I welcome such bold novels.

Life will not be puzzled out, or blathered into submission it must be lived through, survived, in whatever fashion a man can manage. 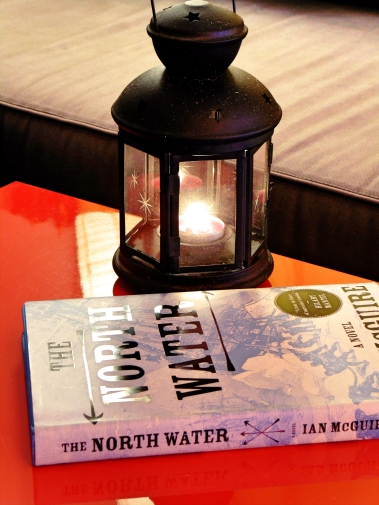 Now that we have established that this book is for the strong stomaches, let’s look at this story further. Upon seeing this beautiful cover and reading what sounded like an epic whaling story portraying men against nature and the like I was intrigued. I expected to read in-depth analyses of a handful of fascinating characters while introduced to visual, lively images of the icy environment of the Arctic that would make me actually feel the chill in my bones. Now, I’m not really used to shorter novel works like this one is and I have observed that each time I undertake such a short work of fiction (less than 300 pages), I am never impressed by it. It seems that shorter novels are not my style but I want to believe that if a novel was really well-written and well-conceptualised I would be able to love it as much as I love my tomes. In The North Water, the writing style was decent but did not manage to quite pull me in. I wasn’t feeling it. The two characters that were more closely followed were blunt and dull, the environmental details were few and just not enough. This is one of those case which I call “show don’t tell” in which the author tells me what I must know but fails to show me. Makes for a disappointing, purposeless read as it is the easy way out: here’s what you need to know, now you know it, let’s move on.

The illogic of it, the near idiocy. Cleverness, he thinks, will get you nowhere; it is only the stupid, the brilliantly stupid, who will inherit the earth.

And we finally come to the plot. After a disappointing, tiny set of dull characters and mediocre, undistinguished narrative and set descriptive we come to the meaningless, awfully unfitting-paced plot. At times it drags, others it jumps. There is a murder on the ship. Are we supposed to wonder who the killer is? If so, this is an excellent example of a complete failure to create any type of mystery or suspense. When we finally get stuck among the icebergs, in close proximity to the much-anticipated ending, the plot takes the magical turn to the supernatural in which our protagonist becomes a superman defying weather, fatigue, exhaustion and ravenousness pursuing a wild Arctic animal. Just…facepalm.

“The world we see with our eyes is not the whole truth. Dreams and visions are just as real as matter. What we can imagine or think exists as truly as anything we can touch or smell. Where do our thoughts come from, if not from God?”

I picked up this book in a haste, hoping to make it in time to vote for it for the Goodreads Choice Awards – I was so sure I was going to love it. What set out with a promising introduction and a decent narrative quickly fell apart into a tedious, colourless plot trailing nasty, badly drawn characters into the North Water. The North Water didn’t make it to the Man Booker shortlist and it certainly didn’t impress me. I can see why other readers might enjoy this way more than I did, but it just did not work for me. 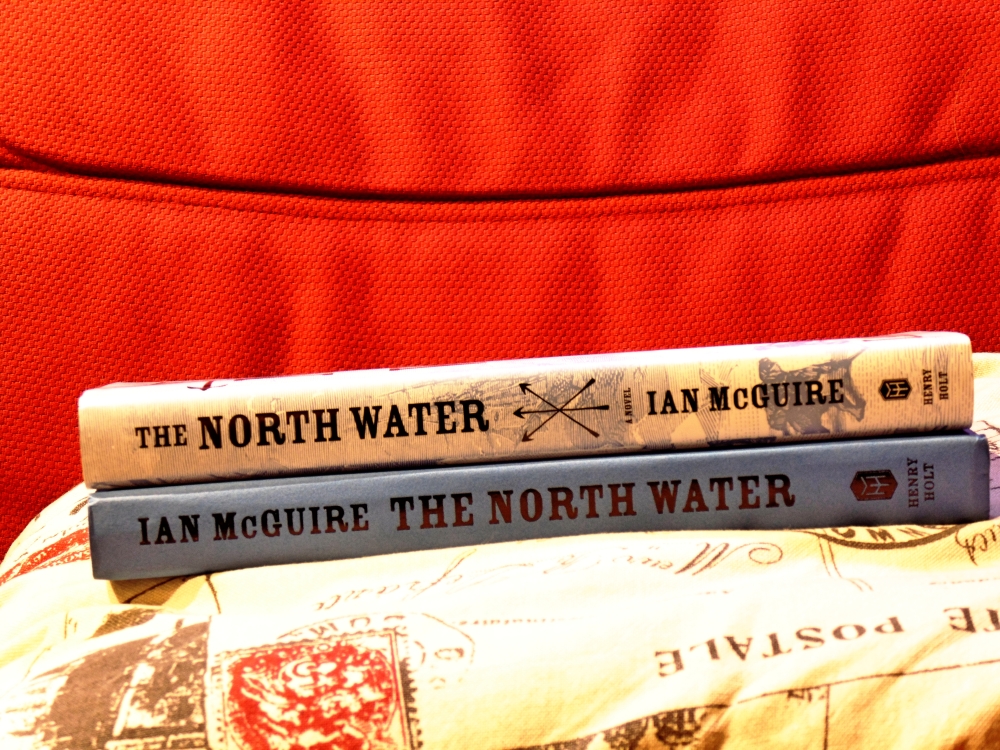 If you’re interested in more thoughts of The North Water here are some very entertaining, well-written and different (than mine) book reviews that I think will be worth your whale- I mean while (was that just a horrible pun moment or what?):

Pages and Place review of The North Water (4 stars)