What this book is about:
Malorie lives in a house in which the windows are always covered and the door is closed. Her two children, the Boy and the Girl have never seen the world outside this house. Malorie and the children have to wear a blindfold to go out and get water from the well or throw the waste bucket. She has not looked outside for almost 5 years. No one has. Those who did are dead. But Malorie needs to make a move, she needs to take the children and leave their home, their sanctuary behind. Today is the day they escape. 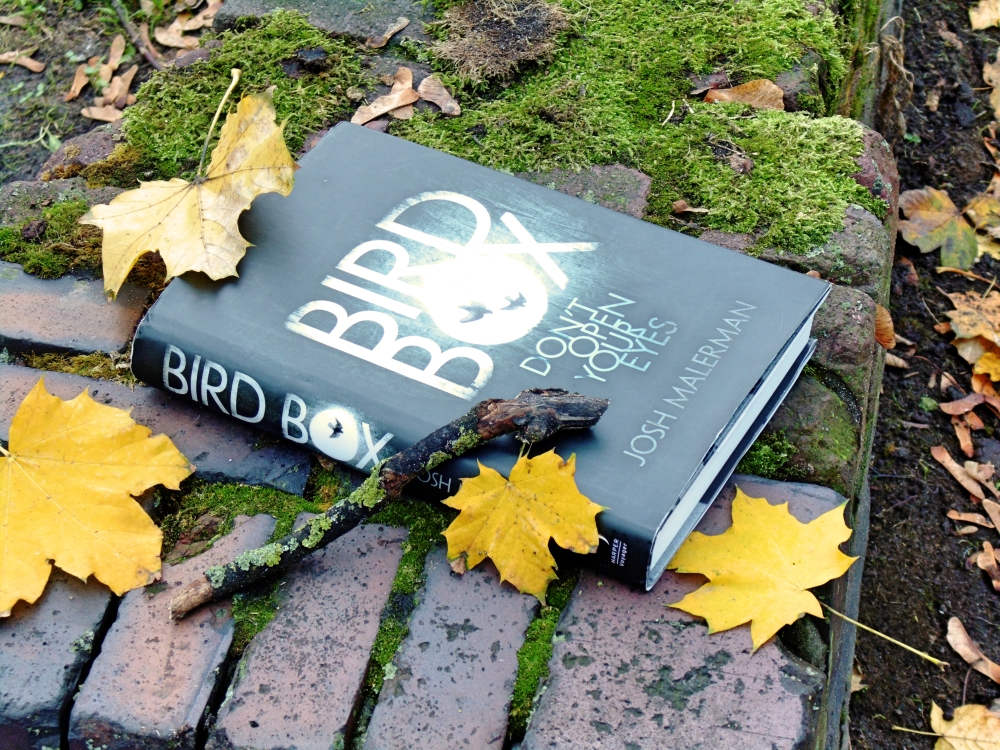 Bird Box is an apocalyptic novel that in 2014 was nominated for multiple horror fiction awards, including the Bram Stoker and the Shirley Jackson award. The story is read from a third person perspective and follows Malorie and her children along with a handful of other survivors. The plot jumps back and forth between past and present narrating the chronicle of the apocalypse that hits the earth in the form of madness. People who leave their houses soon become rabid, maniacally killing themselves and everyone else around them. This is a very enjoyable and intelligently introduced horror story of survival.

The three of them live this way. They do not go outside for long periods of time. When they do, they are blindfolded.
The children have never seen the world outside their home. Not even through the windows. And Malorie hasn’t looked in over four years.

There are several key components that helped transform Bird Box into such a fun and successful horror novel. The wisest decision/idea that Josh Malerman had, was to create a story in which the characters spend a lot of time blindfolded. This immediately creates an air of uncertainly and fear. Imagine if you had to go outside with your eyes closed and walk around doing chores. Instant generation of an appropriate ambience for a horror story. Moreover, Malerman makes use of the flashback narrative which begins in the present with Malorie making the decision to leave the house with the children and moves back to the past when Malorie first found out she was pregnant. From then on the narrative moves back and forth, giving us the two diagonal edges of the puzzle and methodically adding pieces that make up a complete and comprehensive story coming to a crescendo before the finale. At the same time, the story takes up a mysterious turn to a psychological thriller as we struggle to uncover what exactly is driving humanity insane. Josh Malerman never quite settles on what his book is trying to accomplish. Is this a story set around the survivors of the apocalypse? Is this a thriller book in which you are trying to discover what is happening? The reader is not only kept guessing but also left with chewed nails watching the unravelling of events that can only go from bad to worse as desperation and horror strike.

The world outside, the empty malls and restaurants, the thousands of unused vehicles, the forgotten products on idle store shelves, all of it presses in on the house. It all whispers of what awaits them. 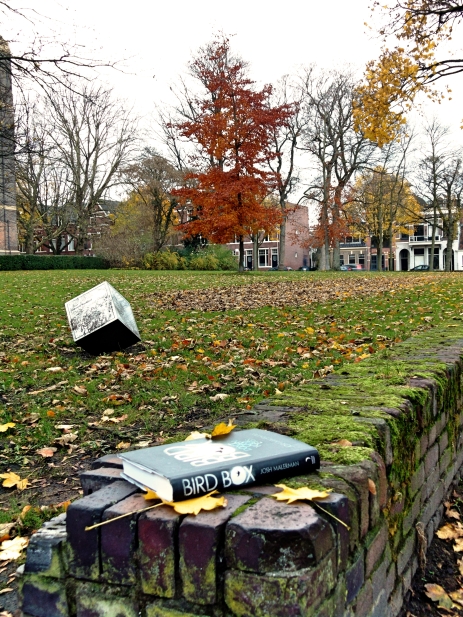 A big portion of the book takes place in the house that shelters Malorie with four men and three women. Malorie and Olympia are both four months pregnant. With them lives also a dog. The seven people have no running water and their lives heavily depend on a well that is found a few paces away from the front door. One of the things that I missed in the book was the social element. While the characters were clearly presented and individualised and the tension between the house members was introduced, the novel missed the mark when it came to the relationships between the people. I would have liked to have spent more time with the characters and how they treated and viewed each other in this wasteland of death and horror. What binds them together and what sets them apart. What makes them angry and how do they interact daily with each other. The atmosphere of the house is very well-presented but if Malerman had included a few more pages on his characters and their attitudes towards each other, this novel would have risen to a whole new level.

Right now, it feels as if the whole world is dead. It feels like the rowboat is the last remaining place where life can be found. The rest of the world fans out from the tip of the boat, an empty globe, blooming and vacant with each row.

I really enjoyed and appreciated the great work that Malerman did in actually managing to scare me – even though this only happened because it was 3:00 in the morning and I was alone in the house, so the setting was perfect for a horror story. The pacing and the progression of the plot were very well thought and executed in an intelligent manner. The ending was satisfying and the story was realistic enough that, although it clearly introduces elements of the paranormal, it never actually feels overly exaggerating or completely unbelievable. Again, the fact that the characters were forced to have their eyes shut for many parts throughout the story did not go untapped. Malerman used this to his full advantage to create atmosphere, tension and allow for a plot twist. Very well done.

Yes, she has trained them well. But it’s not a nice thing to think about. Training the children means she has scared them so completely that under no circumstances will they disobey her.

As someone who has not yet explored the genre extensively, but still enjoys horror, I had a great time reading this novel. I liked to get scared and frightened when reading a book so the tense-filled parts did not bother me. But maybe that is one of the considerations for readers who do not enjoy frightening book moments that much. For horror fans, I am sure there are even better novels out there that I am not aware of but I do recommend you check out Bird Box. It’s fun, fast-paced, keeps you on the edge of your seat and is a brilliant apocalyptic, well-written story.