The Sculptor by Scott McCloud

Book synopsis:
There is not much David can do having failed to achieve his true passion in life, to make a name for himself as a sculptor. His art sucks, he has no money, no family, hell, his name is David Smith – you can’t get a duller and more common name than that! So, David finds himself at a diner, eating his last dollars away when something unimaginable happens. This failed sculptor has nothing to lose when he strikes a deal with the devil. Or at least that’s what he thought… 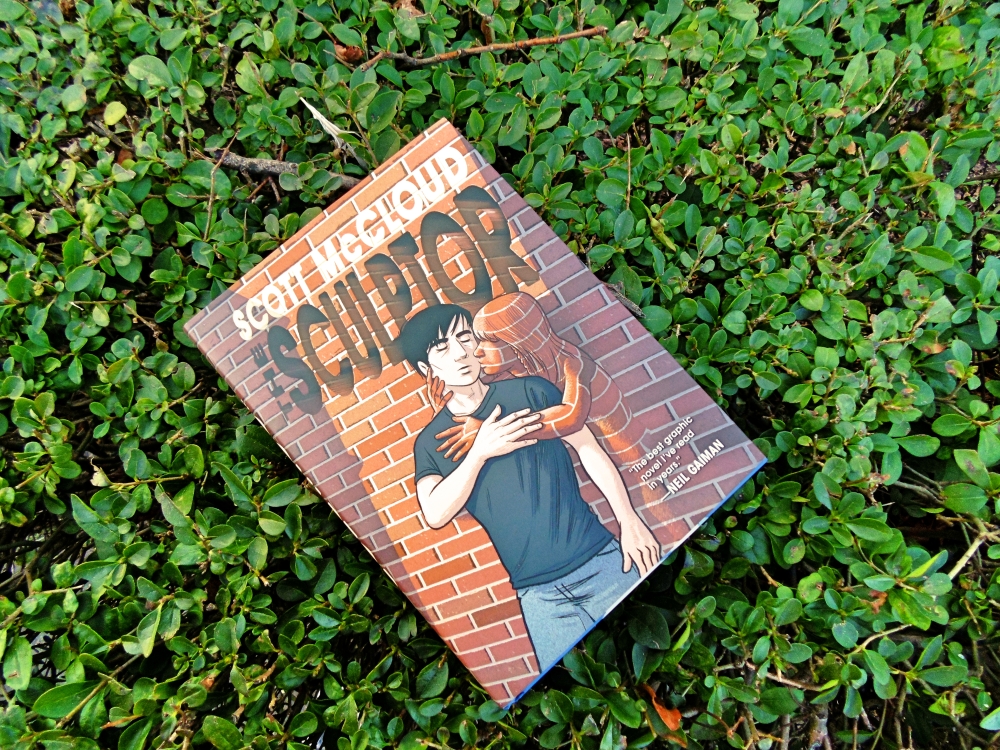 It is always tricky for me, trying to critically review a graphic novel because I haven’t read many of them and obviously my impression is easily skewed to a more positive final impression. In the end, though, it doesn’t matter how many novel or graphic novels one has read, but how the story affected them. The Sculptor is one of these books that everybody has loved and praised, and thankfully, it was one of the few cases in which I agree with the opinions of so many readers.

Just like a bag of green tea in a mug of hot water, from the beginning of the story, McCloud slowly induces a somewhat melancholic feel to the story. The colour palette is playing with shades of blue while other colours never get their turn to join in. It starts with David, meeting his great-uncle Harry at a diner where they share memories from the days past. It becomes clear that David has lost himself somewhere along the way. As he explains to his great uncle his girlfriend broke up with him, his art is going to shit and he is rapidly running out of money. And just when you start feeling like you have a grip on the story and that you are getting used to the bittersweet emotions from David’s first introduction to us, the reader, the story takes a dark, dark turn. 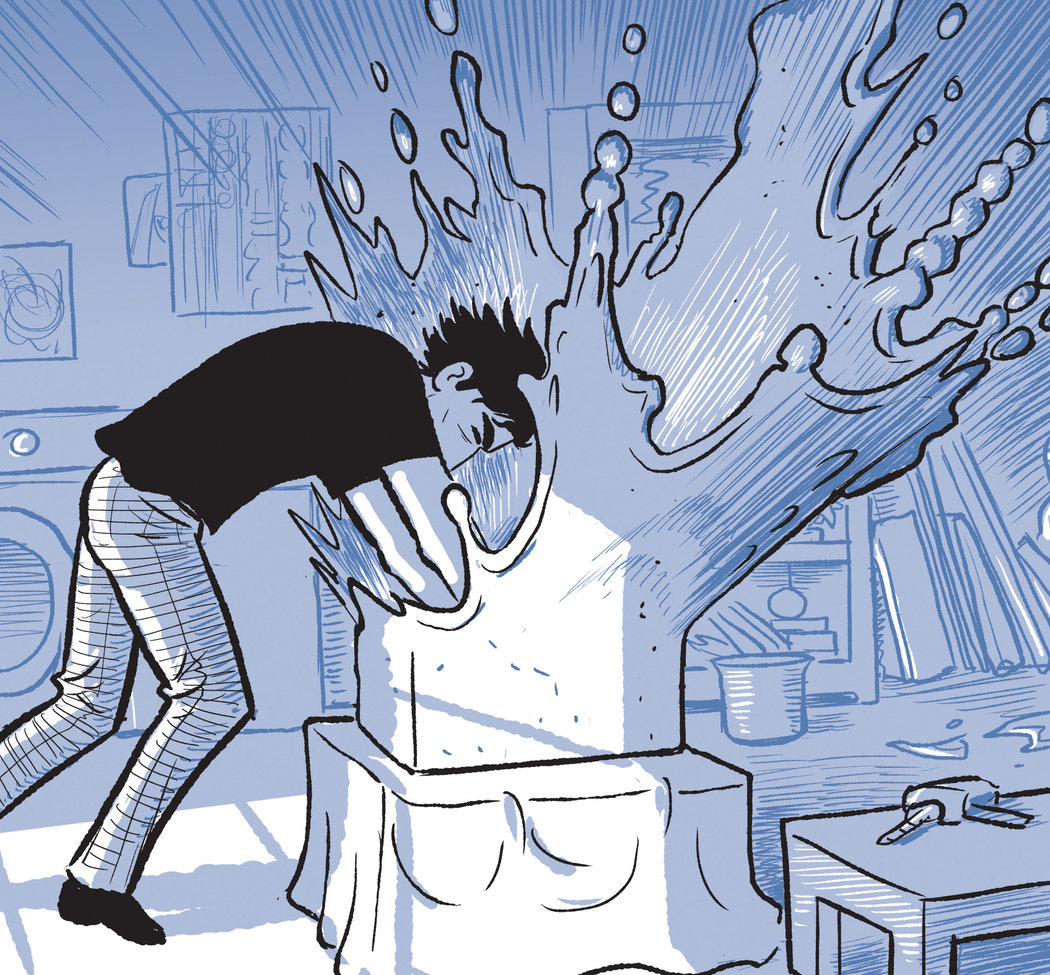 Soon, David makes a deal with the devil: he has 200 days left to live, but he can bend any material to his will with his touch. You see, David is a desperate man. His family is gone and he had made a promise to his father to make a name for himself. Whatever he does in his life, to not be forgotten, There is one more thing you should know about David. He always, always keeps his promises. Now he is a no-one, a failed sculptor who barely has money for food and rent and with a strong passion for art that will never be realised.

Scott McCloud paints a wonderful portrait of David as a young an who is deeply lonely, depressed and hopeless. For many of us it is not difficult to sympathise with a young person with big dreams in a world that has mastered the art of pulling people down. Today’s youth knows all about lost potential and crushed wishes and dreams. David’s social life is in ruins, he barely eats and frequently abuses alcohol. Obviously he cares little of what happens to him, as happens when one loses hope. All that matters is his art. And so we plunge with him into a fantastic adventure when, as promised, the break of dawn brings new possibilities in the form of David’s hands. Now David can do literally anything he thinks of and sculpt it into existence. 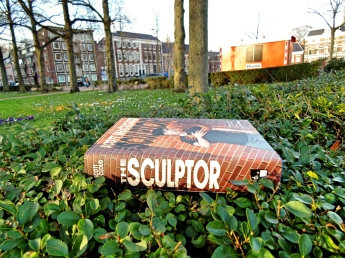 But life is never that simple and just because David can create unimaginable art doesn’t mean his life is now complete. This whole graphic novel is a tragic story of love, art, passion, mania and hopelessness which soon turns into a race against the clock. A deeply emotional and heartrending story of pursuing your dreams and what really, truly matters in life. A story that makes you ask yourself probably the most difficult question of all, one everyone avoids answering in honesty or even considering for a response: Are you truly happy with your life? This graphic novel discusses what happiness is and how it can be lost and found in the blink of an eye.

Finally, the art style is not perfect and the characters are drawn with both their beautiful and their imperfect sides. At times the story is taking a relaxing stroll around the park and at others the drawing is hectic and feverish and the pace is fast-moving and chaotic. Just like the slow and fast moving parts of Bohemian Rhapsody. Just like life. The story will warm up your heart and then rip it from your chest, and it will do so multiple times. This book will stay with you for a long time after it’s over. It’s a story that has already been written before and from the beginning you know how this will progress and how it will end. But if someone was to ever write this familiar story, add characters to it and translate it into a graphic novel, then this would be the most perfect interpretation of such an attempt.

It doesn’t matter if you read graphic novels or not, I highly recommend you give The Sculptor the chance to enter and break your heart. 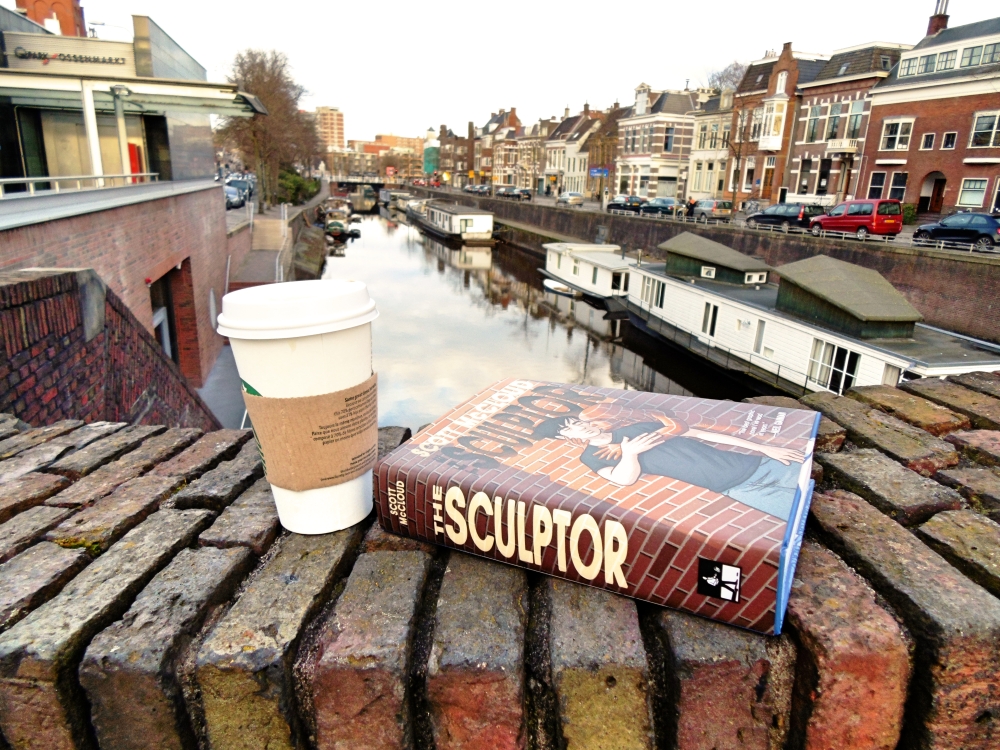