If you haven’t read the first book of the trilogy, you can read my spoiler free review of The Three-Body Problem by Cixin Liu Translated by Ken Liu (Book Review) instead.

Book synopsis:
Luo Ji has successfully outsmarted the Trisolarans, holding in his power the fate of both our Solar System and that of Trisolaris. Thanks to him, humanity is enjoying an advancement in technology steadily rising faster than ever before. Cheng Xin, an aerospace engineer wakes up in the new era and is selected among other candidates to take Luo Ji’s place as a Swordbearer. The thin balance of forced peace between the extraterrestrials and humans is shifted dramatically immediately following Cheng Xin’s acceptance of this massive responsibility in her new role, and humanity finds itself once again plunging into the darkness of threat, fear and imminent destruction. Are humans, little insects in the vastness of the cosmos as ants, able to survive in a hostile world filled with predators far more dangerous than anything we’ve ever even thought of? 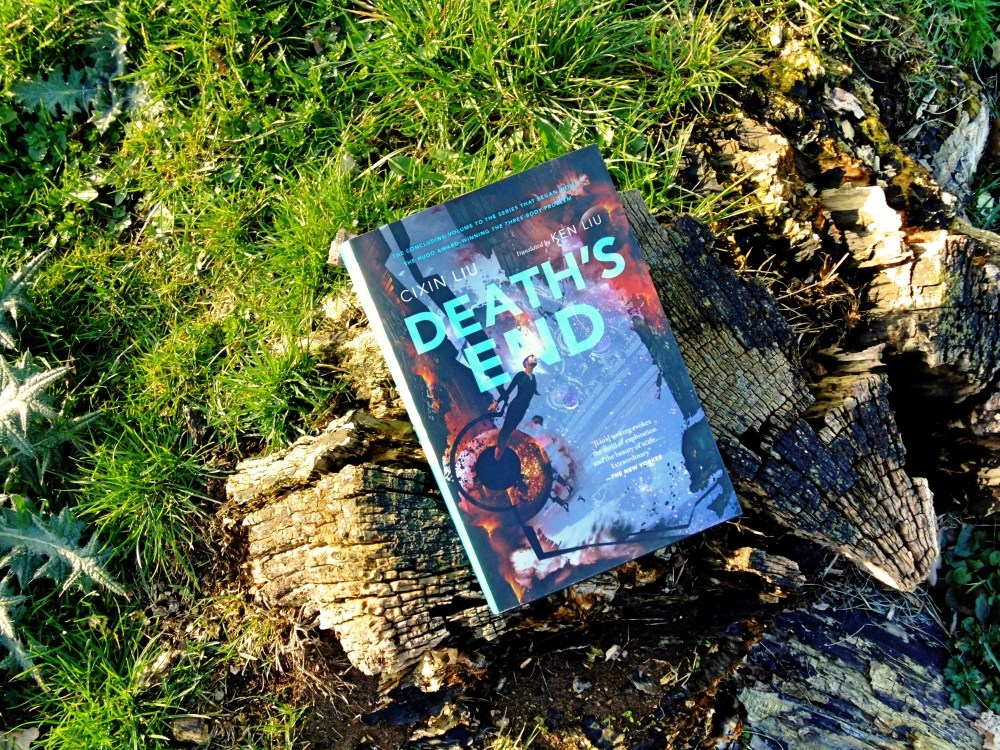 When Ken Liu translated the award sweeping novel of the former power plant engineer Liu Cixin, the Western world was finally introduced to his genius work with The Three-Body Problem. The Hugo winner of 2015 begins during the Cultural Revolution in China when young Ye Wenjie bears witness to the brutal death of her scientist father. Scarred by such a violent past, Ye Wenjie completely loses faith in humanity. It is she who first makes contact with alien life and allows the Trisolarans to find our Solar System and begin their 400 year journey of their invasion fleet towards our sun. Preceding their arrival by hundreds of years, Trisolaran supercomputers folded in lower dimensions upon themselves are sent to Earth called Sophons. These Sophons not only stop any attempt at technological advancement dead on its tracks but also become the ultimate Big Brother, following and watching carefully everything that happens on the planet. Humans are facing a horrifying threat in a new Chaotic Era.

Weakness and ignorance are not barriers to survival, but arrogance is. 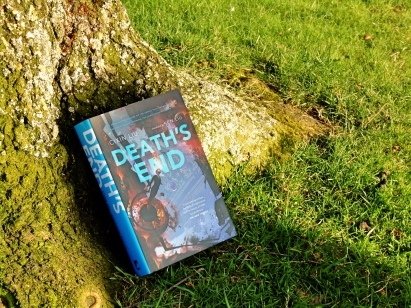 Given the history of humanity as we know it so far, it is no wonder that people become divided. The Dark Forest opens with a combined attempt at resistance, introducing the Wallfacer project. Taken that Trisolarans are now able to see in real-time every move people make against them, humans decide to target their one weakness. Deception. Four Wallfacers are given infinite resources within reason to deceive humans and aliens alike and to save the solar system by coming up with a plan and executing it step by step. As the Wallfacer project begins to fail, Luo Ji, one of the Wallfacers deduces that the cosmos is a Dark Forest. The Dark Forest theory posits that the nature of the universe is one where you are either the hunter or hunted. In this manner Luo Ji makes the only move that would keep Trisolarans away from Earth, he threatens to broadcast Earth’s location to the cosmos. Of course, for Trisolaris taking over our Solar System is their only chance at survival. It is through this desperate and extremely risky move that the Deterrence era begins where a thin balance of peace is kept between the hunter – Trisolaris – and the hunted – Earth.

The most recent conclusion to this epic science fiction trilogy was published in September of 2016 in English and is one of the nominated novels for the 2017 Hugo Awards. In Death’s End we meet Cheng Xin, a brilliant aerospace engineer who, during the Crisis Era, came up with another inventive idea that could potential help Earth, the Staircase programme. The idea behind it was to send a human brain in space to meet the Trisolaran fleet where it would be picked up and thus could potentially become an infiltrator and intelligence gatherer. Of course, finding the right person to offer their brain to possibly save humanity from annihilation is a most difficult task. Scientists resolve to ask Yun Tianming, a young brilliant man with terminal cancer who is at the brink of euthanasia. He terminates euthanasia and his brain is sent to space to intercept the Trisolaran fleet but unfortunately the spaceship flies off course and with it the hopes of the programme’s success are over. Meanwhile Cheng Xin is overcome with grief and guilt over her Staircase programme idea because she and Tianming have history together. Desperate and sad she enters hibernation…

…and wakes up in a completely different world. Deterrence era has created a thin and delicate peace over the two worlds that allowed for both cultures to interact and influence each other. Trisolaris has been studying human culture and Earth has been enjoying a rapid technological advancement largely due to the extraterrestrial intelligence. The story takes on from there and invites readers to strap onto their seats and enjoy a fascinating ride that spans centuries and molds into an account of humanity’s efforts against annihilation. Not so much a novel as a speculative and imaginative history book, Death’s End follows a small cast of characters over an inconceivable amount of time in a plot filled with twists and turns. Are humans going to survive in this hostile Dark Forest?

And now we know that this is the journey that must be made by every civilization: awakening inside a cramped cradle, toddling out of it, taking flight, flying faster and farther, and, finally, merging with the fate of the universe as one. The ultimate fate of all intelligent beings has always been to become as grand as their thoughts.

No matter how imaginative and simply fun and entertaining this final novel is, the weaknesses are evident and much more salient than in The Dark Forest making Death’s End a slightly frustrating read at times. In the previous two volumes, Liu’s efforts at making his story accessible to people with basic physics knowledge, like me, was evident and saved the books from overwhelming the reader and losing them over the course of a grand story. In Death’s End, Liu appears to have somewhat given up on making the reader’s life easier and thus the novel can be quite frustrating to read to the point where one can simply accept the concepts that fly way over their head. This overwhelming storytelling in combination with the ever-present complaint of weak characters that exist as slaves to only present the plot and move it forward are two weaknesses that hinder the reading experience.

Mere existence is already the result of incredible luck. Such was the case on Earth in the past, and such has always been the case in this cruel universe. But at some point, humanity began to develop the illusion that they’re entitled to life, that life can be taken for granted.

Overall, despite the unfamiliar writing style of the East, I cannot recommend this trilogy enough to science fiction fans. It is a brilliant story of the hard science fiction genre that I truly enjoyed and I’m very glad to have read. I’m looking forward to being able to revisit the story on the big screen, but until then, do yourselves a favour, science fiction fans and read Liu’s Remembrance of Earth’s Past trilogy!