Book synopsis:
Say one thing for Logen Ninefingers, say he is a lucky bastard. He has miraculously escaped an ambush leaving him bruised and battered, but still, he found his favourite pot! He is still alive, and with a plan. The spirits say he is summoned by a Magus. He will answer the call.
On his way down to the torture chambers, Inquisitor Glokta asks himself for the thousandth time: “Why do I do this?” as he limps down the corridor to ask his questions and get a confession.
Also in Adua, Captain Jezal dan Luthar is training – and complaining – for a fencing contest, entirely unaware of the lurking and very real danger coming from the North. 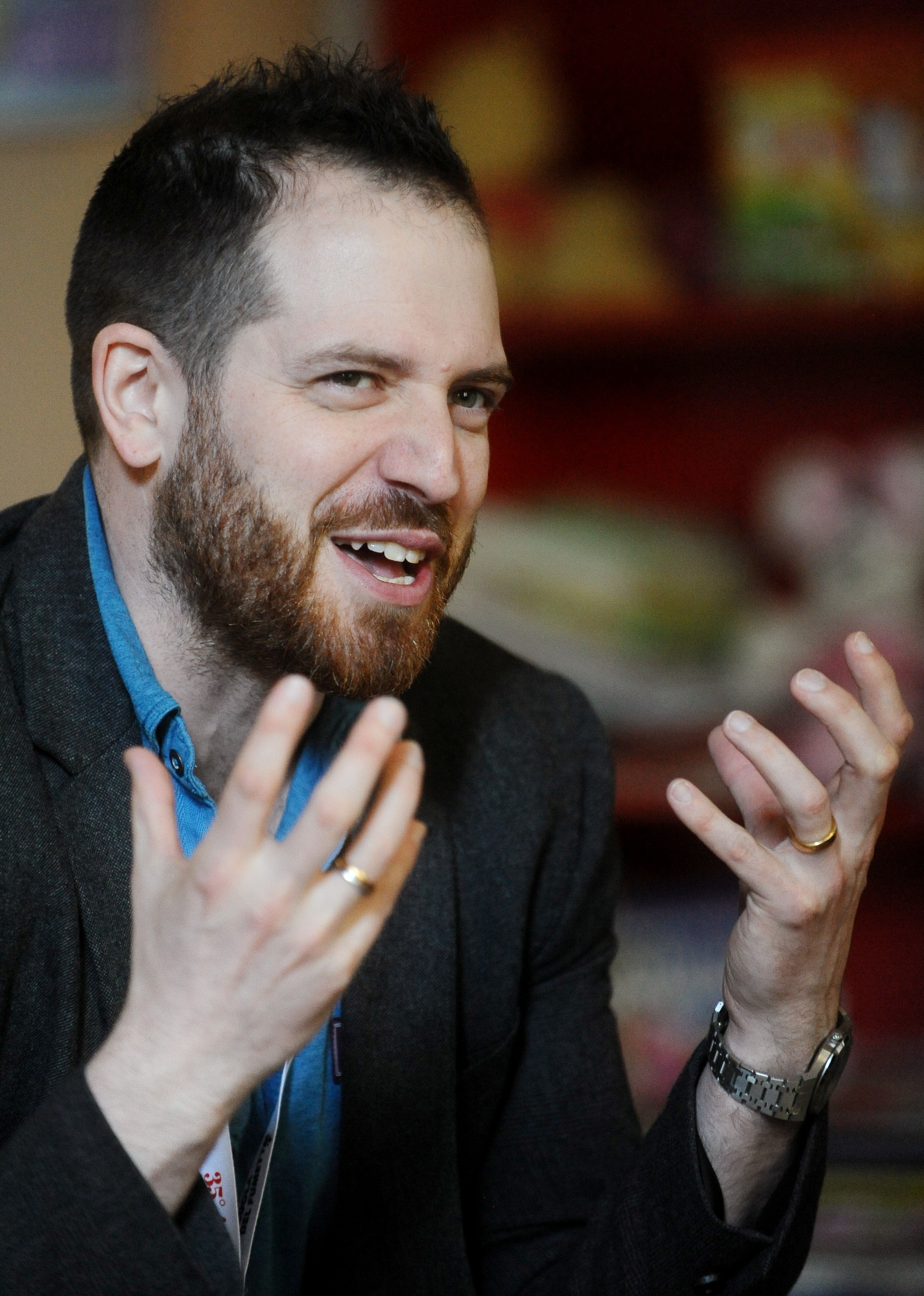 In his literary debut, Joe Abercrombie makes a valiant attempt to place his pawn upon the legendary chessboard where fantasy authors like George R. R. Martin have been slothily moving around for decades, drawing epic maps of worlds that don’t exist and creating characters that could. Where others would get crushed right from the start, Abercrombie easily cruises through his 500 pages, making a solid player who promises that he will bring more on the table; a player who can deliver. Many readers have learnt not to expect much from debut authors. The easiest way to disappoint a reader is to write a book after all, but Abercrombie’s novel anything but disappoints.

It seemed a bitter, pointless sort of life now. No one was any better off because of it. Full of violence and pain, with not much but disappointment and hardship in between.

We are introduced to Logen Ninefingers in a frantic opening scene where he has just been separated from his companions due to an ambush by the Shanka. Logen is running for his life, something he seems to be doing as a profession, and, following a cinematic escape, he is left alone, his friends gone. He is hurt and sad and lost but it is quickly obvious that he has learned how to survive by himself. The Bloody Nine they call him, a fierce warrior, the terror of the north. Only now he is just happy to be still alive. Upon lighting a fire he summons the spirits to guide him. They tell him that Master Bayaz, the First of the Magi is calling for him and Logen, seeing as he has nowhere else to go, decides to go find him. On his journey to meet the Magus, Logen meets his young and overzealous apprentice, Malacus Quai. Where Logen is a man of brutality and scars, Quai is very close to what today is called a nerd. Abercrombie paints a picture of a lad who is deeply involved in books and spends much of his time being tortured by his Master in the name of learning only to end up disappointing him while his eagerness to please is constantly battling his clumsiness for dominance. The two men make it back to the Magus’ gate where they find Bayaz, a respected old magician of legends, said to hold great power within him. It soon becomes evident just how powerful Bayaz is, when a visit from Bethod, the self-proclaimed King of the Northmen, turns into a tense encounter. Bethod is starting a war against the Union, and Bayaz decides to reclaim his seat at the Closed Council in Adua and influence the decisions the Union takes against the Northern threat.

In Adua, a second interesting protagonist is developed and Abercrombie makes use of interrupting inner monologue through the narration, offering a much more intimate perspective into a personality that tortures people for a living. Inquisitor Glokta is certainly difficult to understand and to even like. He is the asker of questions and he is damn good at his job, thanks to his past as a prisoner of war when he was tortured by the Gurkhish army in such creative ways that left him irreversibly crippled living a life in constant pain. He works for the Arch Lektor and is asked to investigate traitorous business against the King from the respected Guild of Mercers when news arrive from the North that war is coming. Captain Luthar dan Gorst is yet another main perspective in Adua, which offers an insight into the life of young nobility. Arrogant, vain, highly unlikable person, he is smitten with a lower class girl but his priority is winning the fencing contest and making a name for himself – essentially without ever putting himself in actual danger.

‘ I’ve fought in three campaigns,’ he began. ‘In seven pitched battles. In countless raids and skirmishes and desperate defences, and bloody actions of every kind. I’ve fought in the driving snow, the blasting wind, the middle of the night. I’ve been fighting all my life, one enemy or another, one friend or another. I’ve known little else. I’ve seen men killed for a word, for a look, for nothing at all. A woman tried to stab me once for killing her husband, and I threw her down a well. And that’s far from the worst of it. Life used to be cheap as dirt to me. Cheaper.’

Much like his predecessor, A Game of Thrones, Abercrombie introduces a Union under the threat coming from the North. It seems that the general consensus in fantasy wants harsh, cold climates making bloodthirsty people! Abercrombie also takes the route of magic in a more fsecondary role as the narration is more about introducing the characters and developing a sense of familiarity. Indeed, the first book reads very much as a prequel, with Abercrombie repeatedly mentioning the history of the Union as forged by the battles of the Magi. He generally attempts to offer small insights into the background of Bayaz, but repetition of the same basic historical events unavoidably leads to redundancy. Moreover, it is difficult to read such volumes as A Game of Thrones and go into a story where there is a Union, a minimalistic historical background and two enemies trying to invade the empire – the Northmen with Bethod and the Gurkhish – feeling the epicness of the scope. Still, for a smaller-scale, more basic parallel of the Seven Kingdoms, the novel does its job at telling a fun and satisfyingly complex story. There is no point at which I could find Abercrombie seriously lacking. The characters, as already mentioned, are well-developed, and numerous enough to make conceptualising them a difficult task that the author does a fine job tackling.

‘There are few men with more blood on their hands than me. None, that I know of. The Bloody Nine they call me, my enemies, and there’s a lot of ’em. Always more enemies, and fewer friends. Blood gets you nothing but more blood. It follows me now, always, like my shadow, and like my shadow I can never be free of it. I’ve earned it. I’ve deserved it. I’ve sought it out. Such is my punishment.’

The world is auspiciously presented through the eyes of different characters thus giving a view from multiple angles which, as Fifa fans know, is very helpful and, here, insightful. We experience Adua through the eyes of Sand dan Glokta, who sees stairs as an enemy and happy people and nobility as a life long lost. Jezal takes us to the bars of Adua, having a drink with friends and also inside the Open Council where comedy meets tragedy and together they make a fine job at entertaining the reader. But also the savage Northman, Logen, gets to experience the overwhelming architecture and culture of the capital. Still, Abercrombie keeps a firm hold on the scope, possibly in an effort not to overwhelm his readers in which he succeeds. And oh, what fun this novel is. I am not easily entertained and consider writing a challenging way to show humour, but Abercrombie’s prose was truly hilarious at times. I think this speaks volumes to his ability of building a scene that feels so real as if it’s playing right in front of your eyes.

‘Now,’ murmured Bayaz, ‘compare it to a sword half drawn.’ A foot length of metal hissed out of the sheath, a single silver letter shining near the hilt. The blade itself was dull, but it’s edge had a cold and frosty glint. ‘It speaks louder, does it not? It screams defiance! It bellows a challenge!Do you hear it?’

In many reviews, Abercrombie’s First Law trilogy is given the title of dark fantasy, but I fail to see how this is so. To me, Abercrombie writes in a quite playful, very relaxed manner and attempts humour before doom. Sure, there are serious moments and the story is not just a light-hearted tale of funny comedians, but for fans of the grimdark genre, Steven Erikson is a much safer choice. Overall, a wonderful prequel, a promising beginning, a fantastically fun and entertaining read. People are right about Abercrombie, he is definitely worth your while.