You know, I used to be one of those people who praised the beauty of holding a physical book in their hands, fumbling with real pages and using actual bookmarks when the time came to close the book and succumb to the seductive powers of sleep. But, having attempted to travel from Groningen to the Schiphol Airport, which is 2.5 hours with a train, making my way to Greece and then back again, with no less than 17 books neatly tucked within my suitcase under piles of – what I hoped were – protective layers of my clothing, I have come to appreciate the simplicity of an ereader and the “life changing magic” of the availability and money-saving qualities of ebooks.

Yes, I did yield to the inevitability of me bringing at least a few books with me across Europe – they look too enticing to resist them, but I also went e-book shopping the way I like it best: from the comfort of my own couch. And while I could sit here and sing the praises of ereaders, as many converted readers like myself do, in this post I’m going to talk about the ebooks I bought for my Greek vacation. 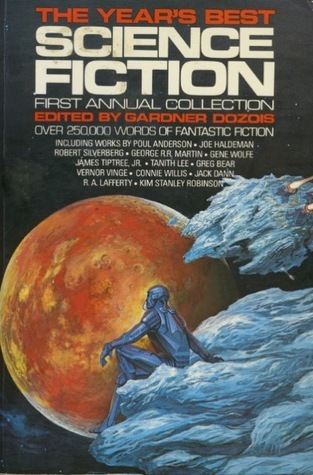 Nowadays, there are many competing annual science fiction collections that claim to be the best. It is widely accepted, as far as I understand it, in the circle of the famous SFF nerds and geeks, that Gardner Dozois holds first place for more than thirty years now. The First edition is quite expensive to get in a physical copy but quite the opposite stands for the ebook. And I do love to read short works of fiction on the plane when my mind is neatly divided among panic, sleepiness, and excitement. Thi edition include 25 works of science fiction by names such as Connie Willis, Dan Simmons and George R. R. Martin. 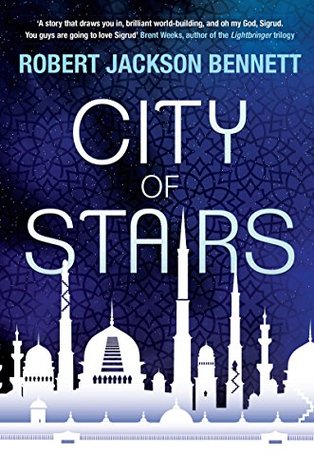 The next three books are all first books in series and cost only 99 cents. City of Stairs is a highly praised book that I’ve been really interested to read for a few years now – I bet you’ve never heard that one before! Reviewers have been generously praising Robert Jackson Bennet who recently came out with a new book called Foundryside . Book synopsis:

You’ve got to be careful when you’re chasing a murderer through Bulikov, for the world is not as it should be in that city. When the gods were destroyed and all worship of them banned by the Polis, reality folded; now stairs lead to nowhere, alleyways have become portals to the past, and criminals disappear into thin air.The murder of Dr Efrem Pangyui, the Polis diplomat researching the Continent’s past, has begun something and now whispers of an uprising flutter out from invisible corners. Only one woman may be willing to pursue the truth – but it is likely to cost her everything.

The Axe and the Throne by M.D. Ireman 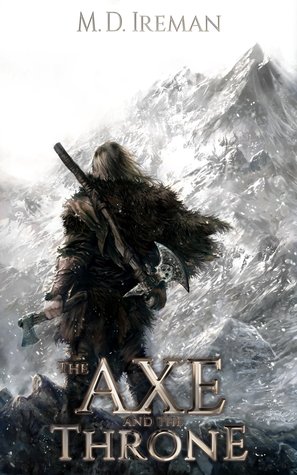 Confession time: I know very little about this book other than it is the first in the Bounds of Redemption Trilogy and I have seen it appear as a recommendation on bestfantasybooks.com. Plus, as Maclemore says, it was 99 cents. Book synopsis:

It is a fool’s errand and Tallos knows it, but against his own better judgment and the pleading of his wife, Tallos has committed himself to a voyage north. His lifelong friend’s eldest sons are said to have been taken by Northmen, a raiding people ill-reputed for their savagery. The boys are already dead, Tallos knows, and in that dark place of grim reasoning he wishes only to find their corpses quickly so he can fulfill his promise and return to his wife. Instead, he finds something far worse.

Nominated for multiple major SFF prizes including the Hugo, the Nebula and the Arthur C. Clarke award, Ninefox Gambit is, by now, a title familiar to most seriously devoted fans of the genre. It opens The Machineries of Empire space opera trilogy which concluded this June with Revenant Gun. Book synopsis:

To win an impossible war Captain Kel Cheris must awaken an ancient weapon and a despised traitor general.
Captain Kel Cheris of the hexarchate is disgraced for using unconventional methods in a battle against heretics. Kel Command gives her the opportunity to redeem herself by retaking the Fortress of Scattered Needles, a star fortress that has recently been captured by heretics. Cheris’s career isn’t the only thing at stake. If the fortress falls, the hexarchate itself might be next.
Cheris’s best hope is to ally with the undead tactician Shuos Jedao. The good news is that Jedao has never lost a battle, and he may be the only one who can figure out how to successfully besiege the fortress.
The bad news is that Jedao went mad in his first life and massacred two armies, one of them his own. As the siege wears on, Cheris must decide how far she can trust Jedao–because she might be his next victim.

Gardens of the Moon by Steven Erikson

I have already read Gardens of the Moon a few years back and, I’m not going to lie, it is demanding reading. But I like diving into demanding books during the summer instead of in the middle of the university year when staying conscious takes an effort. Still, I was hesitant to pick up this book in electronic form because I was determined to study it the second time around: keep notes, check the dramatis personae often, and in general try my best to keep up with it. But, my kindle does one even better. In a book filled with as many names as GotM, simply pressing on a name to instantly review information on a given character is a godsend. Thank you, kindle. This time, I am better equipped for your challenge, Mr Erikson. Book synopsis:

The Malazan Empire simmers with discontent, bled dry by interminable warfare, bitter infighting, and bloody confrontations. Even the imperial legions, long inured to the bloodshed, yearn for some respite. Yet Empress Laseen’s rule remains absolute, enforced by her dread Claw assassins.
For Sergeant Whiskeyjack and his squad of Bridgeburners, and for Tattersail, surviving cadre mage of the Second Legion, the aftermath of the siege of Pale should have been a time to mourn the many dead. But Darujhistan, last of the Free Cities of Genabackis, yet holds out. It is to this ancient citadel that Laseen turns her predatory gaze.
But it would appear that the Empire is not alone in this great game. Sinister, shadowbound forces are gathering as the gods themselves prepare to play their hand…

BookDepository: Gardens of the Moon

The Vorrh by Brian Catling 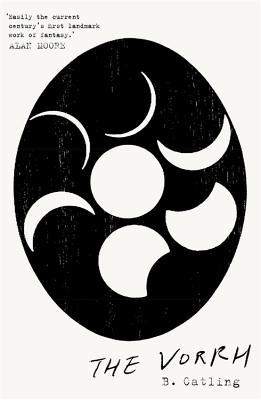 Here is what my favourite SFF reviewer, Thomas from the youtube channel SFF180, said about The Vorrh, a book he absolutely loved: “It is not for everyone.” This phrase is hitting on my egotistical nerve. So much so that, although I have attempted to read the Vorrh twice already – once I made it 50 pages in and the second time I made it 150 pages in the story – I still cannot give up on it. The writing is just so eloquent and extremely decorative that overwhelms me each time. It is, as Thomas says, a fantasy book not for everyone. But why did he have to put it that way? Book synopsis:

In B. Catling’s twisting, poetic narrative, Bakelite robots lie broken – their hard shells cracked by human desire – and an inquisitive Cyclops waits for his keeper and guardian, growing in all directions. Beyond the colonial city of Essenwald lies the Vorrh, the forest which sucks souls and wipes minds. There, a writer heads out on a giddy mission to experience otherness, fallen angels observe humanity from afar, and two hunters – one carrying a bow carved from his lover, the other a charmed Lee-Enfield rifle – fight to the end. Thousands of miles away, famed photographer Eadweard Muybridge attempts to capture the ultimate truth, as rifle heiress Sarah Winchester erects a house to protect her from the spirits of her gun’s victims.

Now I have to figure out which ones will be my picks for the 24in48 readathon and the BookTubeAThon. Send help!