Book synopsis:
Gil Coleman ended up bruised and battered in the hospital after desperately trying to follow his dead wife who he saw from his window looking out the street. He is returned to his house, a previously Swimming Pavillion by the sea-shore, where his daughters, Flora and Nan, come to his aid. The mystery behind the disappearance of his wife, Ingrid, is revisited by the Coleman family revealing a story filled with secrets that is better kept hidden and buried beneath the pages of old, used books. 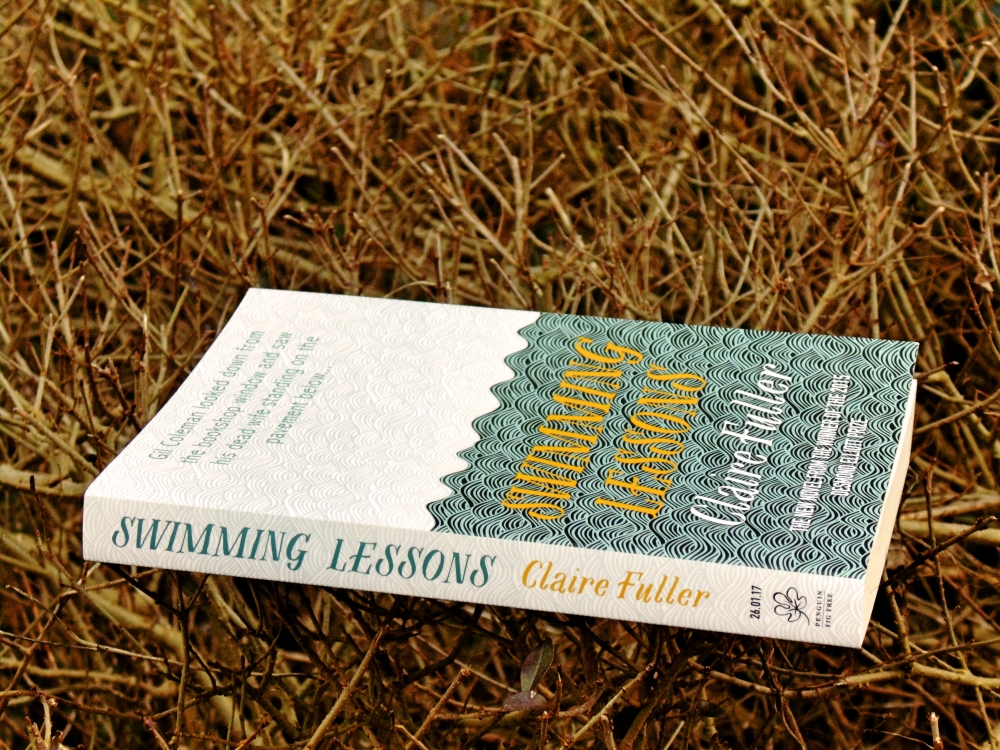 Swimming Lessons is Claire Fuller’s second published novel following her brilliant, strong debut Our Endless Numbered Days. The newest novel reads from two different perspectives and meticulously unravels the mystery surrounding the marriage of Gil Coleman with Ingrid followed by her disappearance in the beginning of July of 1992. The plot itself is narrated both in the present in 2004 using a third person perspective focusing on Flora, the youngest daughter of Gil and Ingrid, and the past in 1992 via letters that Ingrid has written to Gil and hid between the pages of various books of his massive collection. These letters unfold the events starting one month before Ingrid’s disappearance but also step back in time to recite, in Ingrid’s perspective, the chronicle of Gil and her courtship.

Jumping into this fantastic tale, I held high hopes that Swimming Lessons was going to be at least as brilliant as Our Endless Numbered Days was. I was immediately immersed into the same nostalgic,melancholic and somewhat mystifying atmosphere that I felt when I read Fuller’s debut. It seems that the author has a unique writing voice that builds this extraordinary ambience that surrounds her stories and characters. The subtle hints and clues pointing to the ending of the story were there from the beginning foreshadowing the path to a powerful finale to a poignant story of two women lost in the ghosts of their past. Flora was very young when her mother disappeared and she never lost hope that she is still out there, alive. Ingrid, tells us her own story through her letters to her husband Gil slowly lifting the vale that reveals the secrets, lies and struggles of her marriage.

The story takes place during three different time periods, the late 70’s, early 90’s and 2004. Since this is mainly a mystery novel, and Claire Fuller does such an amazing job pacing and narrating her plot, I will try to refrain from giving too much away in terms of the story. I do feel the need to praise the author’s ability to acquaint the reader with her characters and to really bring their personalities to life. From the beginning of the novel, the reader is drawn into the lives of Ingrid and Flora and feels for them. Fuller chooses to discuss themes of parenthood, sex and pregnancy that might potentially force feelings of unease and uncertainty to the reader who so casually intrudes into the lives of this family. Fuller plays not only with her characters’ heads but also with her readers’, implanting a constant presence of doubt and wondering in my mind; is this really happening?

One thing I haven’t seen mentioned much is that Swimming Lessons is a book about books. Gil Coleman is a renounced author with thousands of books stacked under his roof in a completely chaotic state. Ingrid Coleman has hidden all her letter to him inside the pages of his collective items and the actual book names in which each letter can be found is cited in the novel. It seems that lately writing a book about books is a very common occurence.

It was wonderful to visit a new story coming from an author I have come to appreciate, in a genre that takes great talent to create a fantastic, thrilling plot. One thing I would have personally liked to see different was the very ending of the book which felt inappropriate to the tone and direction of the novel as a whole.
Overall, Claire Fuller is bold, she provokes and challenges her readers and invents enthralling character stories that stay with you for a long time after you close the book for the last time. I would love to read more from her in the future and I would urge anyone to check out her brilliant books. This is a story you discover as you go, so go, discover it.

I received a copy of this book from the publisher for an honest review.