Book synopsis:
Harriet was only a baby when her 9-year-old brother, Robin, was found hanging by the neck from a tree in the front garden. She and her sister, Alison, who was 4 years old were the only witnesses to the murder. More than a decade later, Harriet is 12 and no closer to finding her brother’s killer than before. Desperate for answers, she becomes involved in the murder mystery which begins as an innocent, futile childish endeavor. But somewhere along the way, Harriet’s life takes an unexpected turn to the horrifying underworld of this small town in Mississippi.

Last year, in the summer of 2016, in an attempt to discover and read more great books, I referred to the Pulitzer winners list, hoping to find a fiction novel to love. I had heard of The Goldfinch before which seemed to have been really popular at the time with my friends on Goodreads. So I picked it up and that was my first introduction to Donna Tartt’s writing. I was quickly enamoured. In 2017, I decided, I would read Donna Tartt’s other two novels starting with, by popular opinion, the worse one, The Little Friend. With an average star rating of 3.43 and many fans utterly disappointed, The Little Friend was promised to be a disaster. Now, standing on the side of the river with those who finished the book, I look around me confused and perplexed as to why is everybody so let down. This novel is a true Donna Tartt representation; glorious, deep, overwhelming and tragic.

But Robin: their dear little Robs. More than ten years later, his death remained an agony; there was no glossing any detail; its horror was not subject to repair or permutation by any of the narrative devices that the Cleves knew. And—since this willful amnesia had kept Robin’s death from being translated into that sweet old family vernacular which smoothed even the bitterest mysteries into comfortable, comprehensible form—the memory of that day’s events had a chaotic, fragmented quality, bright mirrorshards of nightmare which flared at the smell of wisteria, the creaking of a clothes-line, a certain stormy cast of spring light. 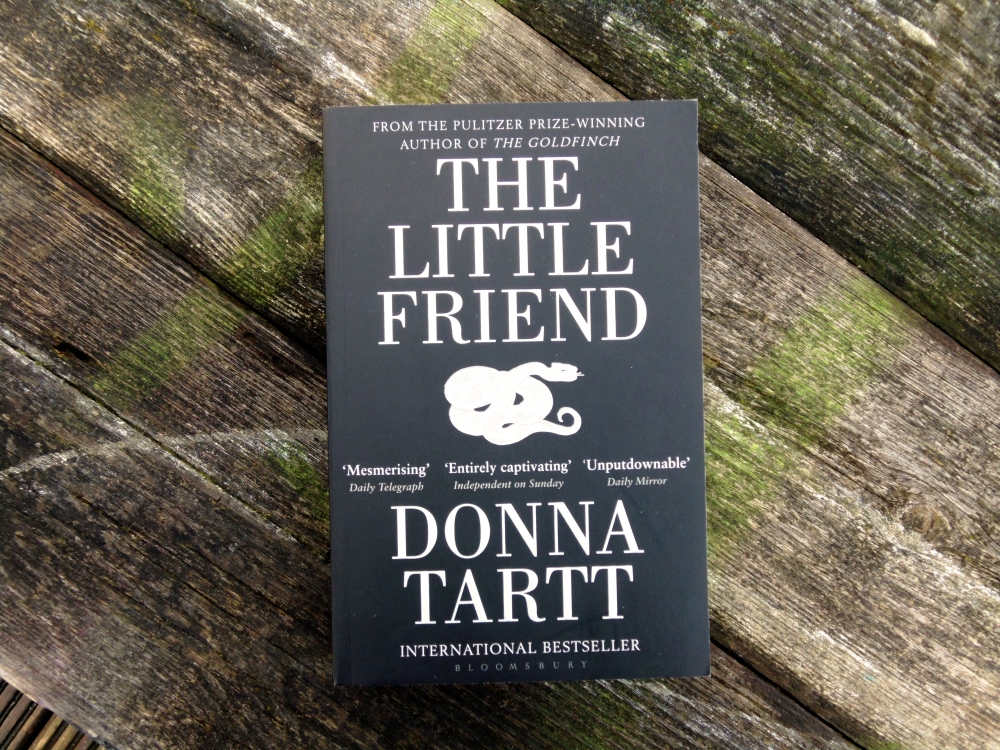 This intriguing author does not rush her creative process. All three of her novels have been published a decade apart. This span of ten years is reflected on this second novel creating a divide. I’m not going to lie. The first 50 pages are rough. There is no clear directive, Donna Tartt seems to be all over the place, an iris jumping from one character to the next, lightly touching on one focal point only to transition to another. There is no clear protagonist, and Tartt tests her readers through a trial of info-dump and overwhelmingly detailed presentation of her characters. Still, I stayed with her. Admittedly, her novel threatened to drown me under a flood of words and paragraphs but I was determined to finish it. After all, Donna Tartt, in her beautiful chaos has a remarkable talent in painting a picture. And as it turns out, in the end I was glad she took her 50 pages time to introduce me and allow me to deeply engage myself with her characters.

With distaste, Harriet reflected upon how life had beaten down the adults she knew, every single grown-up. Something strangled them as they grew older, made them doubt their own powers-laziness? Habit? Their grip slackened; they stopped fighting and resigned themselves to what happened. “That’s Life.” That’s what they all said. “That’s Life, Harriet, that’s just how it is, you’ll see.

You see, Donna Tartt was on a journey when writing this novel and she cordially invites the reader to hop on, sit down, enjoy the ride. The focus is on Harriet, an extraordinary 12-year-old girl who is psychologically abandoned by everyone that matters to her. Everyone was so caught up on Robin’s murder, their favourite son, grandson, nephew that they became emotionally unavailable for Harriet, anxious for attention and love. Along with her little friend, Hely, she makes a promise to herself to avenge her brother’s death. This is where Donna Tartt turns around from behind the wheel and slaps you in the face and dares you to look around and see what happens.

And–since this willful amnesia had kept Robin’s death from being translated into that sweet old family vernacular which smoothed even the bitterest mysteries into comfortable, comprehensible form–the memory of that day’s events had a chaotic, fragmented quality, bright mirror-shards of nightmare which flared at the smell of wisteria, the creaking of a clothes-line, a certain stormy cast of spring light. 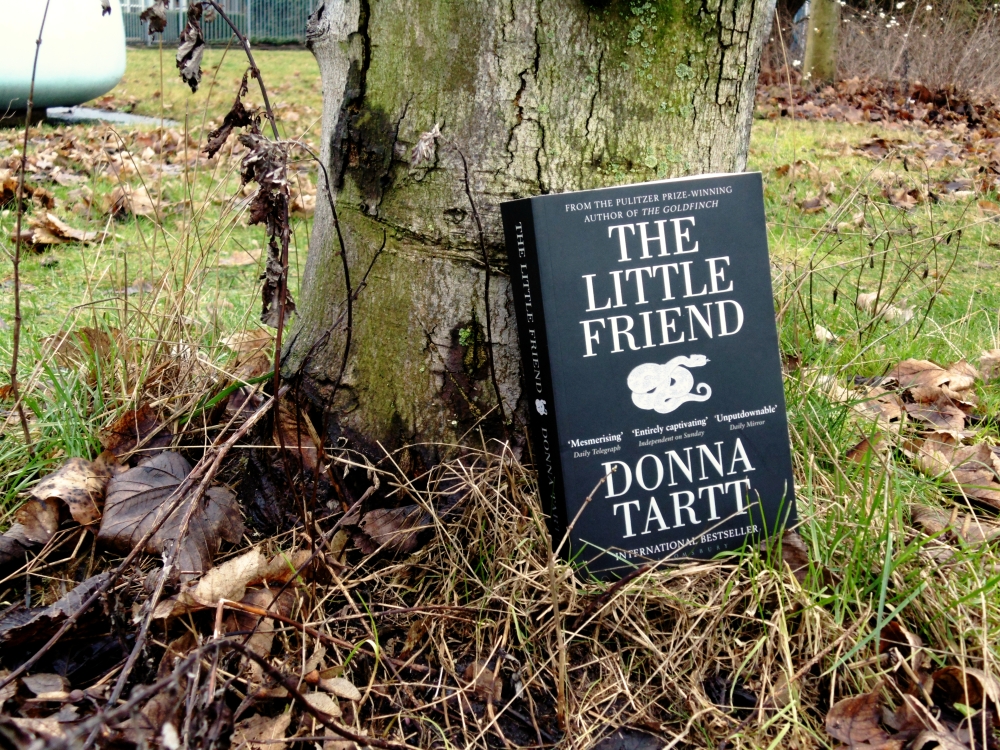 But this is not a story about Robin’s death and the mystery behind the murder. This is about you and Tartt, in a room full of doors, full of possibilities. Donna Tartt chooses the door and takes you and one of her characters by the hand. You all walk inside and see what the actions, thoughts, feelings of one person can mean to that person but also, alarmingly, to other individuals and their lives. A single event causes a girl to think and behave in a certain way. It causes her to, years later, be in a specific place at a specific time. This single event, affects three different families, multiple tragically afflicted individuals and finally, ruins people’s lives. In the end, Donna Tartt finally opens her last door and lets her reader, familiar now with Harriet and her family, to contemplate about the outcome.

She was young still, and the chains had not yet grown tight around her ankles…Whatever was to be done, she would do it

There are more than one stories told in this novel. The story of Harriet and the story of the little friend. Donna Tartt leaves beautiful, well-placed little clues for the reader to come up with answers. And she creates a devastating plot, a truly tragic story, born from a series of happenings. The ending is fantastic; hinting towards a direction but leaving the possibilities open to interpretation. Honestly,I’m struggling to present a non spoilery review of this novel’s greatness. It seems to fly over many people’s heads and if you’re not one to look out for clues and hints and word-games, it will possibly be a tedious mental workout to finish The Little Friend. It overwhelmed me too. It lost me and found me again, and finally, established my true admiration for Donna Tartt’s art. I cannot wait to pick up her next one!